Get Hooked - Ready for impact
Get Hooked / Cases / ZOOF 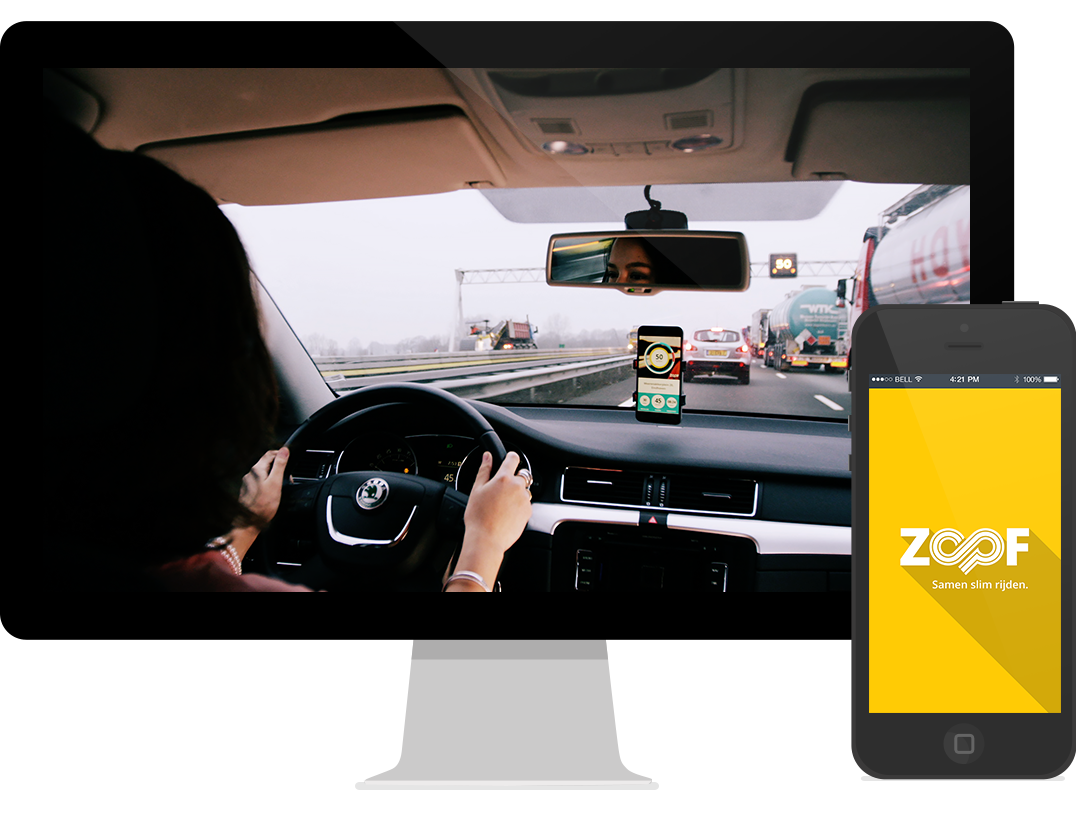 Traffic jams are not always the cause of the limited capacity of road, but also because we as drivers do not optimise our use of the road. Unnecessarily passing, driving too fast or too slowly or a dangerous situation we don’t notice. ZOOF is your guide for the road, this way you and the drivers around you are always aware of the ideal speed to optimise traffic flow and safety on your location. The fact that you earn points for following advice makes it even more fun!

Together with a consortium of companies we developed ZOOF in two projects in the province of Noord-Brabant: Brabant InCar III and Shockwave Traffic Jams A58. Your guide for the road, your guide to drive smarter. “ZOOF” was literally our promise to the drives, because through following the advice you contribute to a better and safer traffic flow. With ZOOF you move faster because the application, on the basis of current traffic data and predictive algorithms, can look far beyond what you can only see through your windshield. With the help of a recruitment campaign through emails, social media, promotions on crowded locations and loads of media attention from in- and outside of the country, we were able to recruit the needed users for our pilots on the A67 and A58.

Over 3200 drivers on the A67 and A58 have met with ZOOF in different phases between 2014 and 2017. During the peak moments in traffic on a trajectory of twenty kilometres, 300 people were driving while using ZOOF. These drivers were able to cash their rewards with franchises of Shell, Holland Casino, Praxis and more! Besides this the refreshed concept of ZOOF got a big chunk of media attention: from broadcasts to articles in the NRC, NOS, Omroep Brabant and a documentary on the Flemish network CANVAS and there was even interest shown from the South-Korean television. 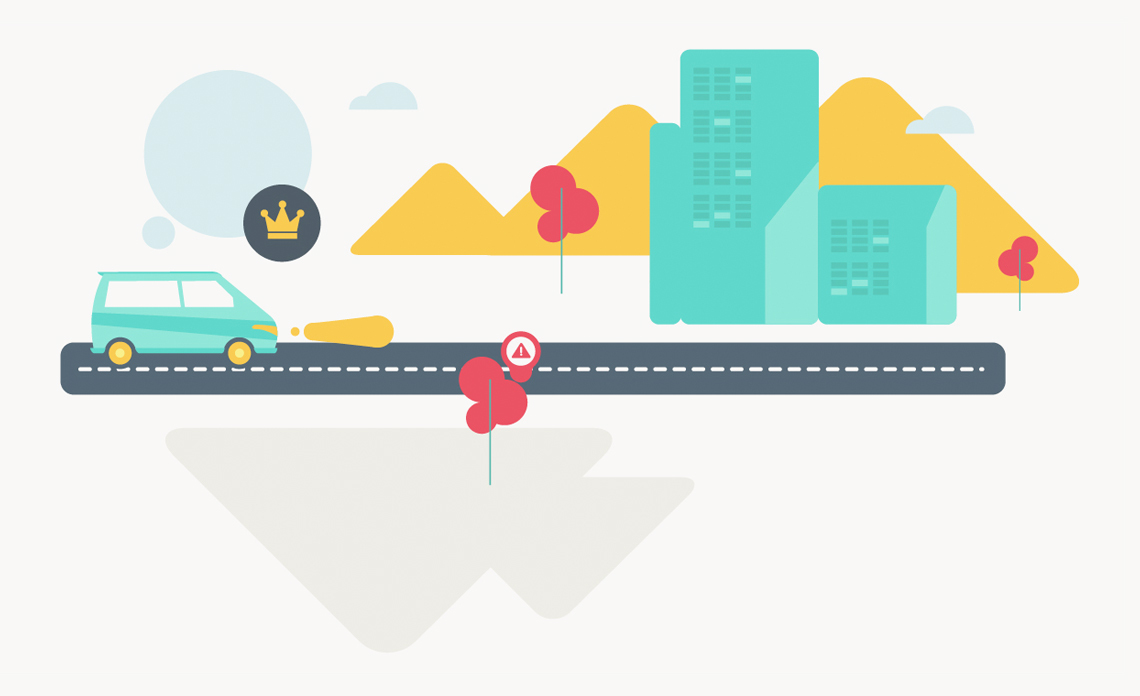 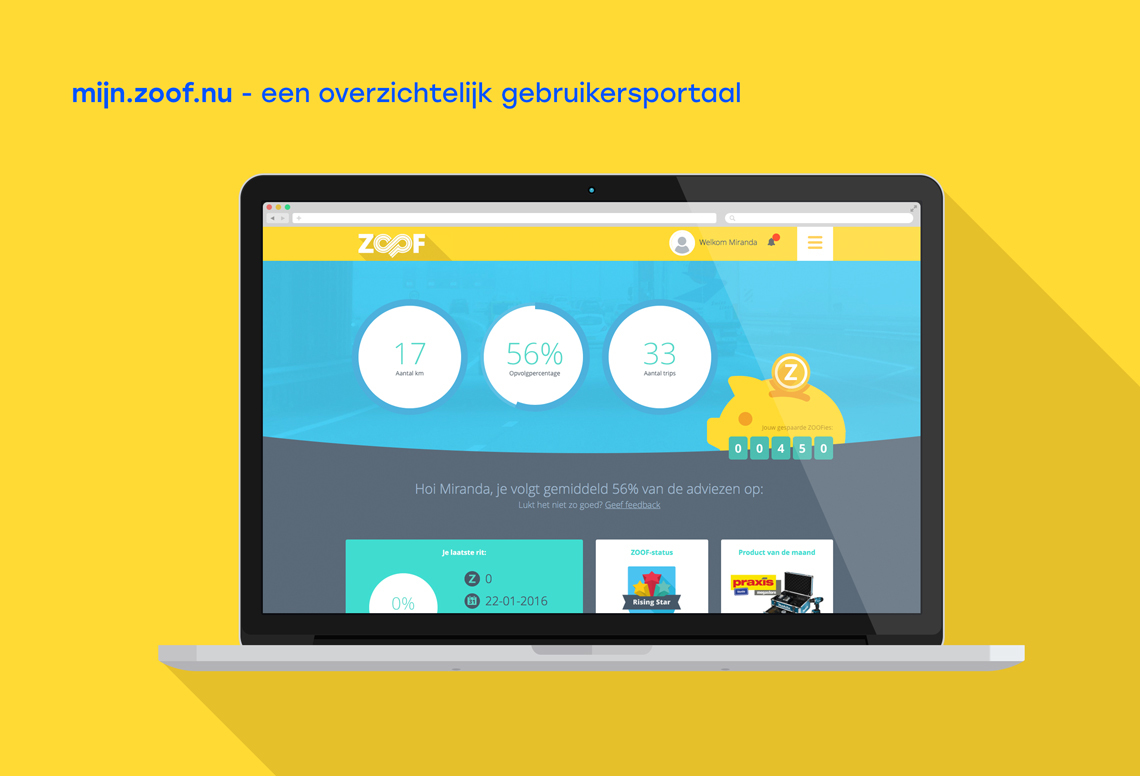 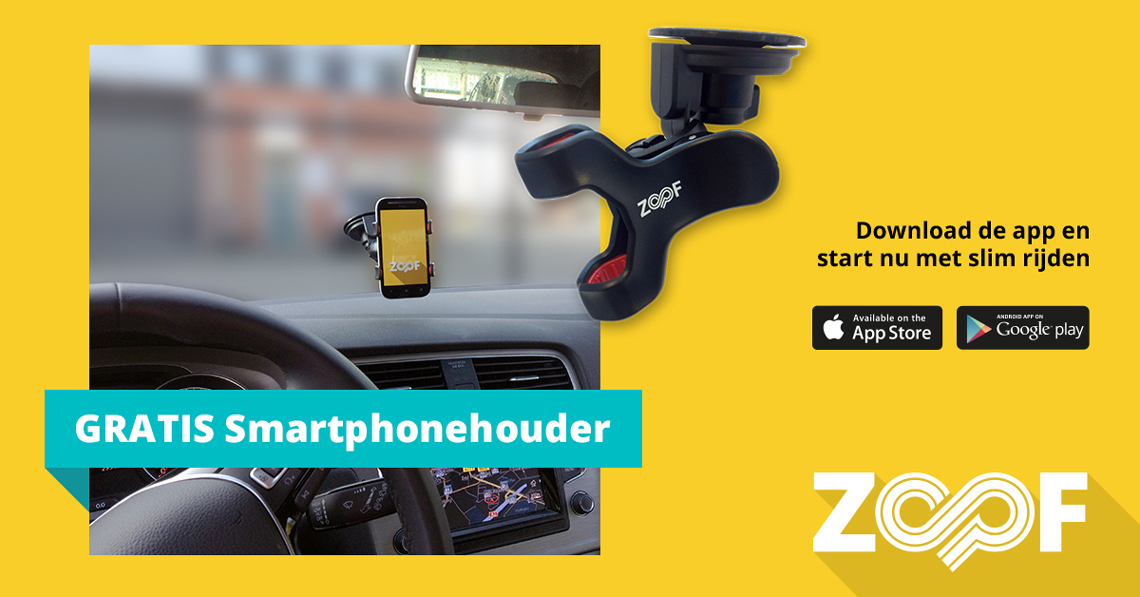 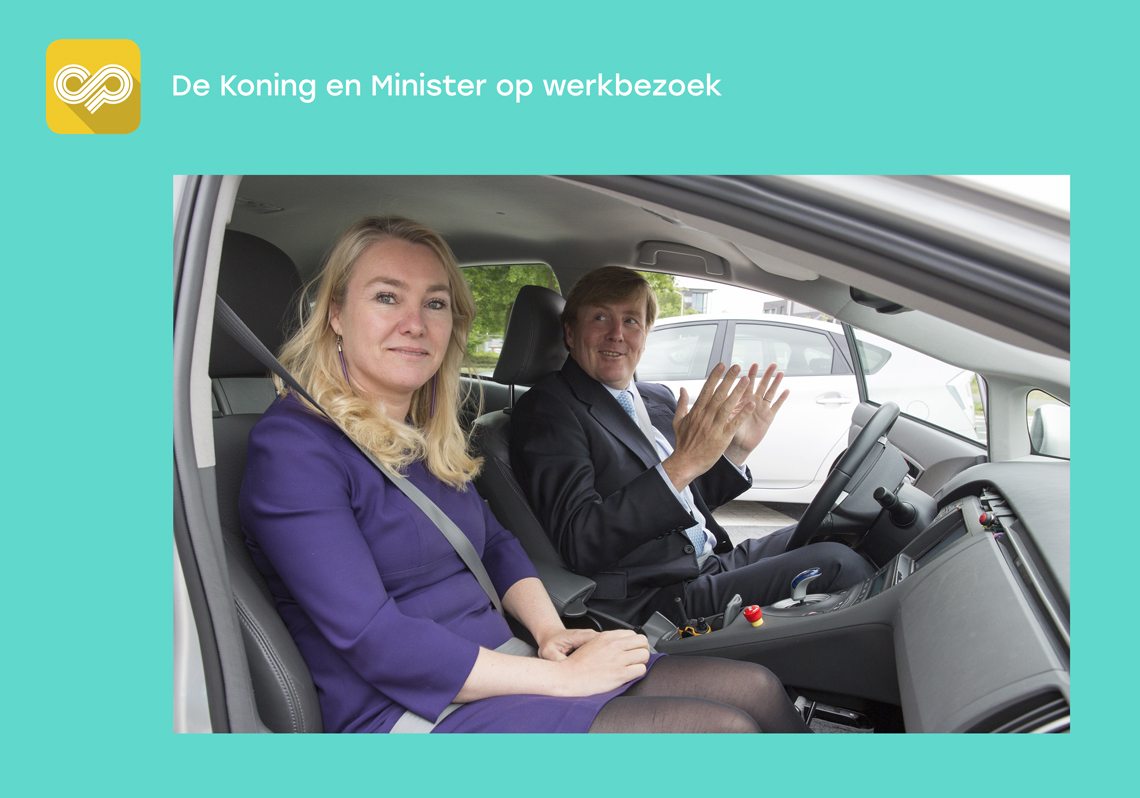